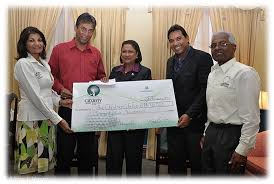 Over 40 children, out of more than 150 applicants, have received assistance from the Children’s Life Fund Authority since it was established in 2010, said chairman Varun Maharaj. Out of the cases which received help, 38 occurred before the end of 2011. The total spent on medical assistance so far is over $12 million.

In a telephone interview with the T&T Guardian yesterday, Maharaj said the fund, which began with a subvention from Government, had been steadily receiving donations from private organisations. He said at present it had over $20 million at its disposal.

Explaining the reason for the difference between the number of applicants and people who had actually received help, Maharaj said a lot of people still did not understand its purpose. He said: “The fund is for children with life-threatening illnesses that cannot be treated in T&T. If the treatment is available in T&T or if the case is not life-threatening, we cannot disburse funds.”

Maharaj said the authority took a clinical approach when assessing applicants. “We receive applicants which are processed and prioritised by our unit manager, then the cases are taken to a volunteer specialist panel of doctors for review,” he added.

After the doctors review the cases and make their recommendations funds were given to children in need, he said. At the beginning of the People’s Partnership Government’s term of office in 2010, Prime Minister Kamla Persad-Bissessar said ministers would contribute five per cent of their salaries to the fund. However, it was revealed earlier this month that did not happen.