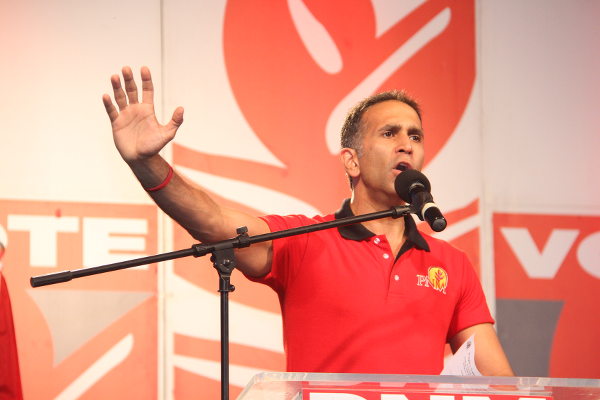 The UNC welcomes the legal challenge to the PNM Government’s postponement of local government elections, filed this week by Ravi Balgobin Maharaj through his legal team headed by Anand Ramlogan, SC.

In the meanwhile, Faris Al-Rawi – Minister of Local Government, failed and fired Attorney-General, and incoming PNM PRO – has been busily making the rounds, trying to spin the PNM’s stealthy postponement of local government elections as a necessary part of local government reform, with no malicious intention whatsoever.

This is a blatant lie. We don’t believe you, Faris.

Al-Rawi’s technique is to use as many meaningless words and catch-phrases as possible to try to smother the truth – or to make you agree to an obvious untruth out of sheer exasperation, so that he simply leaves you alone.

To be clear re: Faris’s spin, it was not at all necessary to implement just this one part of the local government reform law before calling new elections.

The PNM could have easily called elections under the existing three-year term, and the newly elected members could serve under the new four-year term.

But Faris is on tour saying that this would have been impossible, although it clearly is possible.

Proclaiming just this one section would conveniently postpone elections for one year, at a time when the PNM are set to lose a large number of local government seats and corporations.

Instead of participating in this charade, President Paula-Mae Weekes should refuse to proclaim this politically convenient piece of local government reform legislation, just as she refused to pass the Order of Merit List to the Parliament.

This time such a refusal would be in defence of democracy, rather than undermining it.