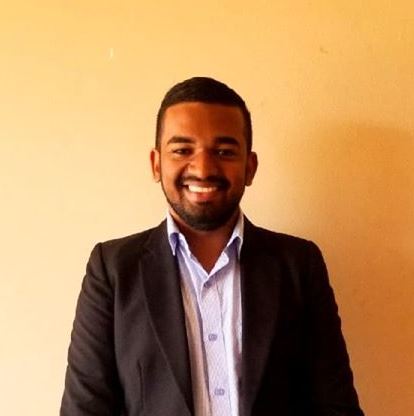 Kaveesh Siewdial, is a final year student at the University of the West Indies (UWI), pursing a double major in Environmental and Natural Resources Management and Geography. He’s also the United National Congress (UNC) Youth Arm Chairman, along with that he’s a certified peer counselor.

Kaveesh attended Hillview College in Tunapuna where he successfully obtained his CSEC qualifications in 2015. He then furthered his studies at Vishnu Boys’ Hindu College, obtaining his advanced level (CAPE) in 2017.

Kaveesh possesses great leadership skills, as he served as the Public Relations Officer (PRO) of the UWI Cultural Society. He served as the Vice President of Bejucal Village Council where he strived for the betterment of his fellow residents by improving their standard of living.

He strongly believes that an investment in knowledge pays the best interest. Along with the UNC political party, Kaveesh assisted in the distribution of school supplies to the less fortunate children. From time to time, he could be seen on the streets of Chaguanas, feeding and assisting the homeless in any which way that he can. Kaveesh is a selfless and giving individual.

During the massive floods in 2018, Kaveesh mobilized a significant amount of resources to aid hundreds of whom were severely impacted by the natural disaster.

Each year along with The Bejucal Village Council, Kaveesh assist hundreds through their annual Christmas Out- reach program.

Kaveesh manages to keep a balance in life, besides serving his community, studying and getting involved in extra- curricular activities, he is also a talented cricketer. He was the under 19 captain of Alescon Comets as well as batsman for the Bamboo Sports Club. He’s also an active member of the Munroe Road Shiv Mandir as well as the Bejucal Road Mandir.

Kaveesh Siewdial is an ambitious, hardworking, self-driven, decisive, energetic and innovative young man, who can adapt readily to any situation. Kaveesh works exceptionally well within teams and handle responsibilities placed upon him.