Indarsingh: The labour movement have nothing to celebrate after 21 months of Rowley led-Government

Couva South MP Rudranath Indarsingh, the Opposition’s Labour and Enterprise Development Critic remains steadfast in his conviction that workers and the labour movement have absolutely nothing to celebrate on Labour Day after 21-months of the Keith Rowley led-Government. 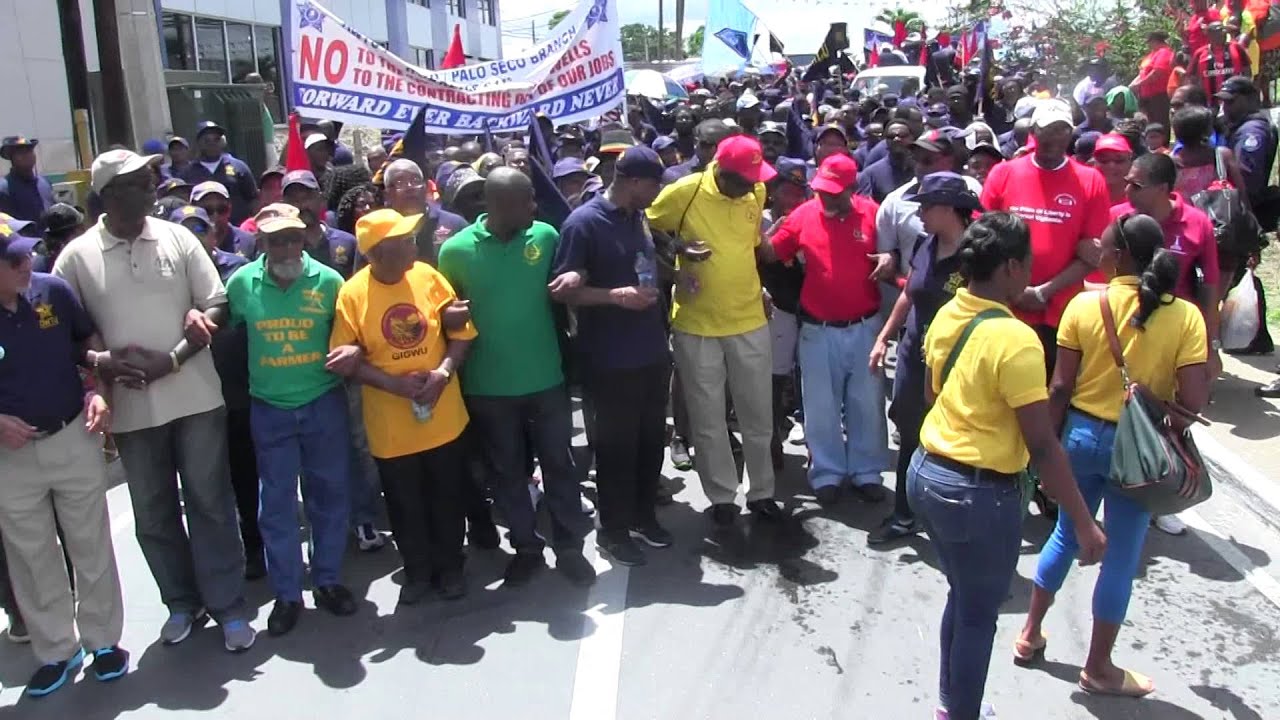 Indarsingh was very critical of the Government’s Labour Day message issued by Public Administration Minister Maxie Cuffie that his government is committed to working closely with the trade union movement to ensure the rights of workers and their representatives are always respected and the gains won over the years will not be callously eroded.

Indarsingh lamented that exactly the opposite is happening in the country.

Saying that there is now a dark cloud and no hope after 25,000-plus job losses, the Couva South MP called on the Prime Minister and the Ministers of Finance, Energy, Public Utilities and the Agriculture to tell the labour movement how many more thousands of workers will be forced on the breadline as a result of the closure of the Board of Inland Revenue and Customs and Excise with the coming of the T&T Revenue Authority, the restructuring of Petrotrin, ADB and NAMDEVCO and TSTT in relation to the $255M acquisition of Neal and Massy’s Communications.

Baptiste-Primus has presided over the collapse of joint Memorandum of Understanding signed between the PNM and the labour movement prior to the September 2015 General Elections.

Today, the labour movement has withdrawn from the National Tripartite Advisory Council (NATC) and social dialogue is no longer on the Rowley-led Administration’s radar.

Workers have been pulverised with sustained taxation; 3 increases in the price of gas and diesel, online taxation, restoration of VAT on 7,000 basic food items, looming property tax and a sliding TT dollar have resulted in a total erosion of workers’ purchasing power resulting in thousands of families having great difficulty in putting bread and butter on the table for their dependants.

The UNC’s Labour and Enterprise Development Critic, a former Trade Union President, is asking Baptiste-Primus to tell the 25,000-plus workers who have lost their jobs, especially those of Arcelor Mittal and CENTRIN, what has become of the her 10-Point Plan and her “announcement” of 35,000 Canadian jobs to citizens to drive long haulage trucks in Alberta which will lead to them acquiring Canadian citizenship.

The principles of good industrial practices and the labour laws of our country are being undermined by this Government which is prepared to bulldoze its way in shutting down state companies rather than pursuing their restructuring and saving the jobs of workers, the most glaring examples being the closure of the Tourism Development Company, Caroni Green, GISL and the Seafood Industry Limited.

While workers are being told by an uncaring and arrogant Government to band their bellies and make sacrifices, waste, corruption and mismanagement continues unbated; $3M in paintings to satisfy the Prime Minister’s ego, $255M for TSTT to acquire Massy Communications with no Cabinet approval, $90M (and counting) for the Brian Lara Stadium which has not being certified by the International Cricket Council, $59,000 cell-phone bill by the Tourism Minister, $92,000 bill for the Sports Minister and “his entourage” to hand out one trophy at the THA’s Sports Awards.

At the same time, when workers go to hospitals and health centres, they cannot access basic health services such as blood tests, CDAP drugs, CT scans and x-rays because the health system has collapsed under the leadership of Health Minister Terrence Deyalsingh.

The seabridge between Trinidad and Tobago is in serious crisis and there seems to be no solution in sight despite the promises from PM Rowley and Work Minister Rohan Sinanan.

This crisis is causing the Tobago Chamber to sound the alarm and the first casualties will be the working class when businesses cannot get its goods and supplies.
In this current environment of hopelessness, no economic growth and diversification and lack of leadership from this Administration, the UNC calls upon the Government to restore dignity to the labour movement and workers by bringing to the Parliament amendments to the Retrenchment and Severance Benefits Act as well as the establishment of an Unemployment Insurance Fund.

The UNC also calls on the Government to cease undermining the free and fair collective bargaining process which the labour movement has toiled so hard to secure over decades.

The UNC remains committed to the continued progress and development of the trade union movement and the workers by remaining committed to people centred development and improving the quality and standard of living of all.