THE East Port-of-Spain Development Corporation has handed over to the San Juan/Laventille Regional Corporation a $1.9-million upgraded pavilion and other facilities at the Morvant Recreation Ground.

The works done by a contractor from the community, Aqucan Construction Company Limited, Minister of Planning and Sustainable development, Dr Bhoe Tewarie told the gathering that included National Security Minister, Brigadier Carl Alfonso and Morvant Member of Parliament Donna Cox, that the project “was completed with high quality workmanship, on time, and within budget.”

The upgrade, which was completed within a four-month period, included and extension of the building, a new roof, upgrade of the washroom facilities and storage spaces, inclusive of a cafeteria, club house space and disability access.

The work also includes the construction of additional bleachers which were built on elevations on the periphery of the ground and which face the scenic Northern Range.

The pavilion is the first in East Port-of-Spain (EPOS) in which Wi-Fi has been placed, Tewarie said noting that “Wi-Fi nodes will be a major part of future projects as the East Port-of-Spain Development Company implements its plan to make internet access easily accessible to residents” of the area.

Noting that the work was not yet completed, he said, other works will include an upgrade of the field. A proposal has been made for the creation of a running track for budding athletes.

The upgrade, he said was in keeping with Government’s promise to focus on people-centred development, poverty eradication and injustice, good governance and the provision of national and personal security.

The upgrade of the pavilion was one of 61 projects undertaken by the EPOS Development Company has undertaken during the current People’s Partnership administration. A total of 46, he said has been completed.

One of the completed projects, he said was the Sea Lots Homework/Community Impact Centre which is still to be opened.

Ongoing projects include the Latrine Eradication Programme Phase 2, in the Laventille East Dry River/Sea Lots East and West Beetham Gardens Phases 4 and 5. This project comprises the construction of 55 toilet and bath facilities within the various communities. Contractors from within the communities will execute the work, Tewarie said. 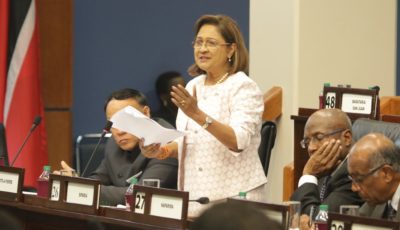 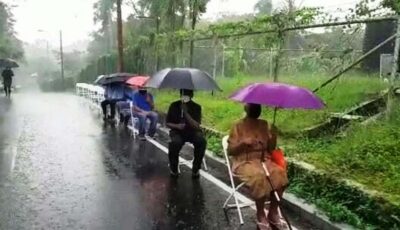