Government is moving apace to introduce clean technology in the country’s public transport system as part of a critical first step in reducing dangerous emissions on the nation’s roads, Ramona Ramdial, Minister of State in the Ministry of the Environment and Water Resources announced recently. Delivering the feature address at the Environmental Management Agency’s Green Leaf Awards Ceremony at the Hyatt Regency Trinidad, she said mitigating climate change required a concerted public education and awareness drive.

“T&T has also begun work on the development of its carbon reduction strategy. This project is currently ongoing and seeks to develop the most feasible mitigation options for each of the three main emitting sectors; power generation, industry and transport.

“This project is anticipated to be completed in September 2015. For these three sectors the recently completed April 2013 second National Communication to the United Nations Climate Change Convention has indicated a sizable increase in emissions between 1990 to 2005. If we were to focus on the transport sector, emissions have doubled from 1990 to 2005, which was directly linked to the number of vehicles on the road, which increased by almost 100 per cent over the same period,” Ramdial said.

“This ministry is taking proactive steps to address the increase in emissions from transport by the procurement of clean public transport technology for this sector which can be replicated in the future. This is being done in conjunction with the Ministry of Transport which is currently undertaking an initiative to modernise its fleet to utilise compressed natural gas (CNG).

“In addition, as part of ensuring that our major road artery is green, the ministry, through the EMA, will be converting all traffic and street lights on the Priority Bus Route to solar technology.” Ramdial said regulatory, institutional and policy frameworks had to be both modernised and strengthened. In implementing these directives, she said, several initiatives have been undertaken and were on-going. ...READ MORE 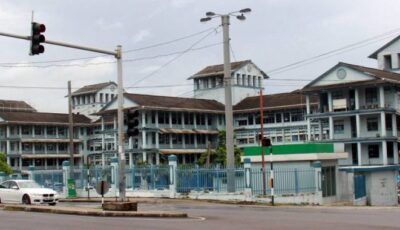