Minister Imbert has misled the country that it was not Government’s policy to collect Property Tax retroactively for two-years. When examining the chronology in which the amendments to the Property Tax Act was laid in the Parliament it is evident that the Minister of Finance is a stranger to the truth.

The Property Tax (Amendment) Bill, 2018 was laid in the House of Representative by the Minister of Finance on the 02nd February 2018. Clause 23 of the Bill amended section 52A of the Property Tax Act, Chap 76:04 to read as follows:

“Notwithstanding any written law to the contrary, the payment of any tax under this Act shall be waived for the period 1st January 2010 to 30th September, 2018.”

It is obvious then that Minister Imbert originally intended that collection of the property tax will begin for the period September 2018- September 2019.

Minister Imbert introduced this amendment so that he can in fact collect property taxes retroactively for two years by using the Government’s majority to ensure that this regressive, retrograde and retroactive amendment was passed.

The collection of property tax for the period 2010- 2015 was waived through the passage of the Finance Act of 2015 (Act No. 2 of 2015) by the People’s Partnership Government led by the Honourable Kamla Persad-Bissessar. The effect of the waiver would have ended in 2015. It was now incumbent on Minister Imbert to extend the waiver until 2018 but he has underhandedly amended the waiver to extend only to 2016.

Minister Imbert should not deceive the population regarding the retroactive collection of the property tax. It is obvious that he cannot be trusted. It is now history that Minister Imbert has backed down and now claims that the Government will not retroactively collect property tax. However, this is no humanitarian gesture by the Minister. The change in Minister Imbert’s position was as direct a result of the contributions by the Opposition Senators, Independent Senators and rising public pressure from right thinking citizens who strongly opposed the retroactive collection of property tax. We must never forget that this was the very Minister who when asked about the likelihood of him increasing gas prices further, grinned and said that “they haven’t rioted yet”.

Even as Government decides to rescind its decision to retroactively collect property tax from 2016, the imposition of the property tax at this time on the citizens of this country is backward, regressive and will overburden the citizens of Trinidad and Tobago which will lead only to hardship. As such, I call on the Government to immediately withdraw this Property Tax Bill and not impose this onerous tax on the population. 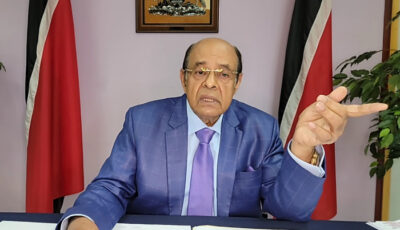 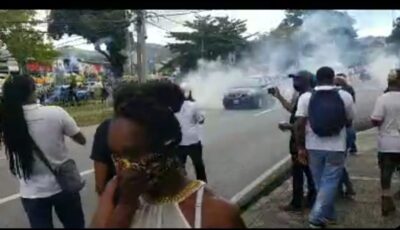