The Opposition calls for answers from the President on her Police Service Commission (PolSC) nominees, who were pushed through in the House of Representatives on Wednesday 10th November 2021, without Opposition approval or support, due to their severe conflicts of interests.

One of those persons, Maxine King, is a Wealth Manager at FirstLine Securities. FirstLine Securities is the collateral agent in developing the Bacolet Estate, along with Inez investments. Inez Investments is run by Mr Allan Warner, who happens to be the longtime business partner of Keith Rowley. This is the same Allan Warner of Warner Construction of Landate notoriety.

Keith Rowley and Allan Warner were the only two directors of Alma River Ventures, now Alma Farm Limited. Warner Construction has become a mega contractor between 2015 to present under the Rowley government.

· Did Rowley not want these relevant facts to be exposed in Parliament, and thus, the debate was suppressed?

· Does the President expect citizens to believe that in picking suitably qualified persons to choose the next Police Commissioner, she coincidentally selected someone with close ties to Keith Rowley’s longtime business partner and best friend Allan Warner?

· The President must explain how she came up with Maxine King’s name for the PolSC in the first place, or was this name sent to her by some high public official?

· Did the President do any due diligence into the PolSC nominees?

Maxine King is not the only new member of the PolSC that has questions of potential conflicts of interest. Indeed, the Opposition has expressed concern over several nominees and their apparent bias or lack of fitness to serve.

The Opposition maintains that given the President’s unwillingness to answer serious questions over alleged political interference leading to the collapse of the PolSC, she must not proceed further until public trust can be restored.

Our independent institutions are under attack from this Rowley administration, and, to the unbiased observer, this attack seems to be aided by the Office of the President.

Paula Mae Weekes continues to bring more shame to herself and the Office of the President. 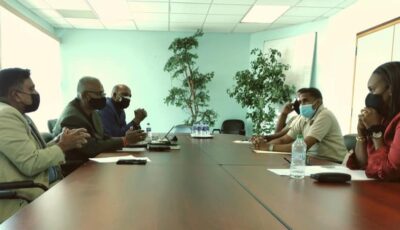