Given the controversial manner in which the Police Service Commission (PolSC) collapsed, one would have hoped that Her Excellency, President Paula-Mae Weekes would have exercised better judgment in attempting to repair the serious constitutional crisis that has arisen.

However, based on Her Excellency’s nomination of Attorney-at-law Mr Ernest Koylass, it is abundantly clear that Her Excellency has no intention of maintaining the critical independence of the PolSC.

According to a report in the Trinidad Guardian on 25th January 2012[1] then Opposition Leader Dr Keith Rowley “warmly welcomed” Mr Koylass to join the “PNM family” at a PNM cottage meeting in Moruga. In 2017, Mr Koylass represented the then Minister of Housing in a legal matter against homeless residents[2].

Further, in the weeks leading up to the 2020 general election, Mr Koylass hosted a cocktail reception for the now Attorney General Faris Al-Rawi. (please see attached flyer and address)

Mr Koylass has a right to choose his political associations, but by no stretch of the imagination can he be considered free of political conflicts of interest.

The fact that the Police Service Commission collapsed due to the dark spectre of political interference hanging over it makes the selection of Mr Koylass extremely alarming.

It is noteworthy that Her Excellency has yet to respond to the serious question of whether Prime Minister Keith Rowley met with her to interfere in the PolSC merit list for the position of Acting Police Commissioner.

The Opposition will resist all attempts by this dictatorial PNM Government to erode and destroy our independent democratic institutions. I will not support the nomination of Mr Koylass to the PolSC.

Her Excellency is either wilfully seeking to obstruct the functioning of an independent PolSC through blatant political partisan appointments, or she is now taking instructions directly from the Rowley Government.

This entire episode paints an extremely grim picture of our democracy under this Rowley Government. In order to protect the dignity of her esteemed office, Her Excellency must accept the part she has played in the sorry episode and immediately resign. 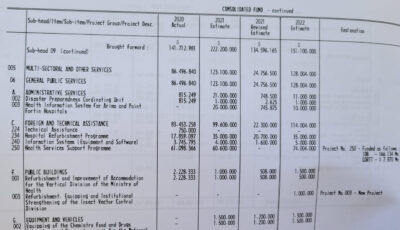